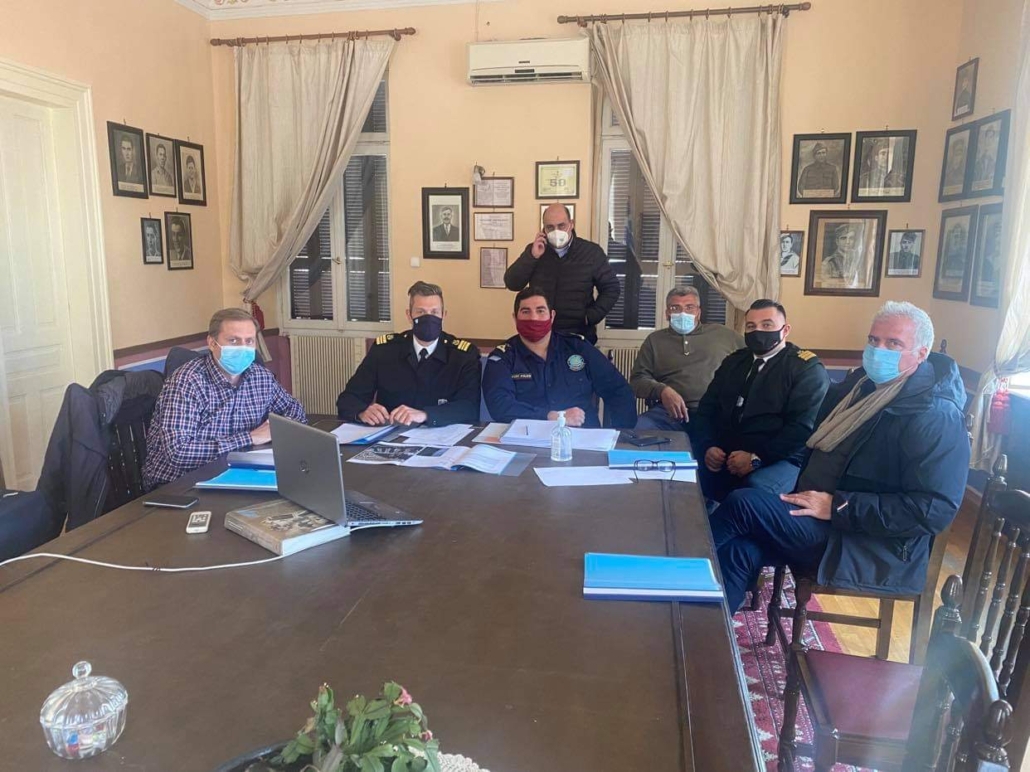 They wrote about us

In a press release signed by the Mayor of Aegina Mr. Ioannis P. Zorbas states that “On Thursday, March 18, 2021, a scheduled meeting was held at the historic City Hall of Aegina, where I personally attended together with the President of the Inter-Municipal Port Authority of Aegina Mr. Stelios Therianos, the person in charge of port designing and member of the Municipal Port Authority of Aegina Mr. George Skaltsiotis, in the presence of representatives of the Port Authority, Mr. Bra, special advisor for the development of cruises in the island and Mr. Kraniotis, special advisor for security. The conversation mainly focused on the study of alternative locations for berth mooring (tenders) with the aim to serve cruise-ship passengers better.

Aegina’s Port Authority, following its vision for improving the attractiveness of the port of Aegina, has started working on designing and classifying Aegina’s port as intermediary (port of call or transit port), always according to the National and International institutional framework.

Choosing a port as intermediate has significant benefits for the port itself, the connected economy and local destinations visited by cruise passengers.

The Administration of the Port Authority of Aegina, undertaking ambitious initiatives, aims in port policy forming and port designing for the development of the cruise sector on our Ιsland. Our goal is to create special actions that will present Aegina’s competitive characteristics as a destination in the best possible way, namely its history, culture and gastronomy, while connecting them with local entrepreneurship.”

Because these cookies are strictly necessary to deliver the website, you cannot refuse them without impacting how our site functions. You can block or delete them by changing your browser settings and force blocking all cookies on this website.

If you do not want that we track your visist to our site you can disable tracking in your browser here:

We also use different external services like Google Webfonts, Google Maps and external Video providers. Since these providers may collect personal data like your IP address we allow you to block them here. Please be aware that this might heavily reduce the functionality and appearance of our site. Changes will take effect once you reload the page.